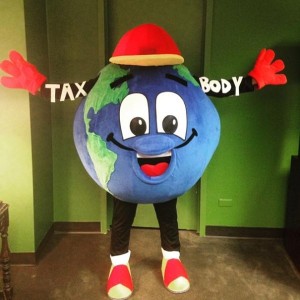 A major obstacle to early agreement on the text for the upcoming Financing for Development conference in Addis is the fate of the mooted intergovernmental tax body.

Could this work? Is it a good idea? And regardless of the answers to those questions, what will actually happen? This post explores the three main possibilities, and the likely outcome for Addis.

The OECD has long had the leadership on international tax issues, despite being representative of only a fraction of the world’s countries, or population. This, and the relative wealth and power of its member states, has allowed it to build a leading position in terms of technical capacity. Now, to be fair, the OECD has tried quite hard to include developing countries in the latest Base Erosion and Profit Shifting initiative, for which it received the mandate from the G20 group (including major non-OECD countries).

But ultimately, major aspects of the BEPS Action Plan have come down to political negotiation – and of course OECD members have the most power, so developing country voices have barely been heard at the sharp end of these negotiations.

The most likely outcome of all is that the OECD retains leadership, at least over the medium term, even though BEPS comes to be seen largely as a failure. But this is hardly a good outcome.

2. A challenge from the IMF?

That leaves two main alternatives. One is the IMF, where there has been clear frustration at the OECD being handed the leadership on tax since the financial crisis. The IMF rightly claims to be much closer to a globally representative membership; and to have a tax expertise that’s much more focused on national policymaking in developing countries.

But there are two big issues. If anything, there is a greater sense with the IMF than the OECD of domination by a few major economies, the US in particular. And while the IMF’s Fiscal Affairs Dept includes respected researchers, the organisation’s policy recommendations at country level have consistently failed to reflect even their own research evidence. So it’s hard to see strong support emerging for the IMF to lead here, even though there’s a growing sense that BEPS has already failed to deliver on its promise.

The short, short version is this: it could be a significant step towards a coherent global system, compared to the complexity of current arrangements which are clearly failing everyone – and especially developing countries who are outside the main power grouping of the OECD.

While this should sit at the UN, in order to provide a broad representation and political accountability, it’s unlikely to be simply an extension of the current UN tax committee – which has about one and a half full time staff as a secretariat, and is a technical body rather than a political one. The pressure for an intergovernmental body will only be worth it if the resulting body has at least equivalent resources to the OECD’s current tax work (which is significantly wider than BEPS); ideally, scaled up from OECD to global level.

{Aside: the most recent OECD accounts seem to be for 2013, before BEPS got fully underway, and I can’t work out what share of the €600m+ budget went on tax and related areas. Any info on this most welcome.}

The argument some make to defend the status quo, that the US would pay no heed to such a body, is not an unreasonable one, and it confronts the fundamental politics here.

The US is able to exert power over important decisions at the OECD, and hence the OECD (largely) retains US support, and its own role.  (Although it’s worth noting that there is a significant lobbying attempt underway by US multinationals to obtain Republican support for rejection of the entire BEPS outcome, and more besides.)

A genuinely intergovernmental body might be more representative but powerless, because it would be starved of resources like the UN tax committee; or it might become powerful only if the US and a few other major powers are able to dominate it, in which case it might not offer much of an improvement from the OECD.

How long can a few major powers prevent other countries from adopting more effective alternatives to the OECD rules? The greater the resistance to change in intergovernmental settings, the more likely we are to see substantive splits, with increasing numbers of countries giving up on the OECD rules in practice, regardless of rhetorical commitment.

As I noted in a discussion of the politics of country-by-country reporting for multinational companies, the successful lobbying by US multinationals in particular might turn out to be a pyrrhic victory: the strangling at birth of that measure, in terms of value for developing countries at least, may actually lead to more pressure for effective transparency, and potentially greater compliance costs for multinationals too.

In this case, successful resistance to a genuinely representative intergovernmental tax body might simply accelerate the loss of credibility of the OECD and its rules, leading to greater fragmentation.

And the answer is…

The most likely outcome in Addis is, of course, a fudge: agreement to a body, probably based on the UN tax committee, which has some greater political power via ECOSOC but remains so strapped for resources that it is never able to challenge the OECD or IMF.

The OECD will hold on for a while, the IMF will spin its wheels (and produce useful research), and the constrained UN body will offer just a little space – and no more – for other approaches like formulary apportionment.

But this is not a stable equilibrium, given the multiple and near-universally acknowledged flaws in international tax rules. If that’s where we end up after Addis, increasing fragmentation of national approaches seems inevitable. And perhaps it is anyway.

One thought on “Addis #FFD: An intergovernmental tax body?”