Alex Cobham is an economist, author and chief executive of Tax Justice Network; and a member of the Scottish Government’s Poverty and Inequality Commission. On twitter: @alexcobham. On mastodon: @[email protected]. 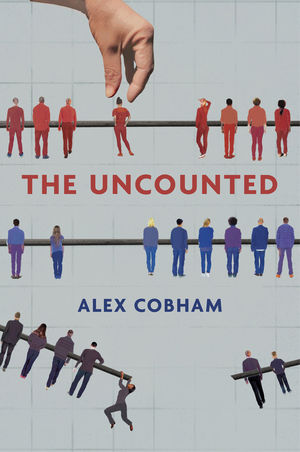 ‘In this sharply written and persuasive book, Alex Cobham contrasts the rich who benefit from being uncounted for tax and regulation purposes with the poor who are denied their rights by being uncounted for public services. Essential reading to understand and address inequality.’

‘This book is a joy to read. Original and highly persuasive, it powerfully illustrates that statistics are political, and that the failure to count is a deliberate act that disempowers the poor and unfairly benefits the rich.’ Over the last twenty years Alex has worked in a range of policy advocacy and research roles, including at Oxford University as a junior economics fellow at St Anne’s College and as a researcher at Queen Elizabeth House (the Department of International Development); at Christian Aid, where as chief policy adviser he played a central role in the development of the first major development INGO campaign on tax justice; at Save the Children (UK) as head of research, and at the Center for Global Development as a research fellow. In 2015 he became director of research at the Tax Justice Network, and the following year succeeded the founder, John Christensen, as chief executive.

Alex’s research has mainly focused on issues of taxation, horizontal and vertical inequality, and illicit financial flows, including some of the first estimates of the costs of tax avoidance and tax evasion for developing countries. With Prof Andy Sumner, Alex proposed a new measure of inequality, the Palma ratio, based on the insights and analysis of Prof. Gabriel Palma for whom it is named. Alex is also a co-creator of the twin, global rankings of tax haven behaviour, the Financial Secrecy Index and the Corporate Tax Haven Index. He made the original proposal for what is now the ICTD/UNU-WIDER Government Revenue Dataset, the leading international source for comparative data on countries’ tax revenues.