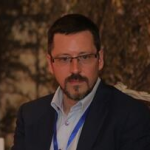 Alex Cobham is a development economist, and chief executive at the international Tax Justice Network.

Over the last twenty years Alex has held various policy and research posts, including at Oxford University as a junior economics fellow at St Anne’s College and as a researcher at Queen Elizabeth House (the Department of International Development); at Christian Aid, where as chief policy adviser he played a central role in the development of the first major development INGO campaign on tax justice; at Save the Children (UK) as head of research, and at the Center for Global Development as a research fellow. In 2015 he became director of research at the Tax Justice Network, and the following year succeeded the founder, John Christensen, as chief executive.

Alex’s research has mainly focused on issues of taxation, horizontal and vertical inequality, and illicit financial flows, including some of the first estimates of the costs of tax avoidance and tax evasion for developing countries. With Prof Andy Sumner, Alex proposed a new measure of inequality, the Palma ratio. Alex is also a co-creator of the twin, global rankings of tax haven behaviour, the Financial Secrecy Index and the Corporate Tax Haven Index. He made the original proposal for what is now the ICTD/UNU-WIDER Government Revenue Dataset, the leading international source for comparative data on countries’ tax revenues.

Recent publications include papers in Development Policy Review, Journal of International Development, Transnational Corporations and Journal of World Business (full list at Google Scholar); studies for UNCTAD and the UN Economic Commission for Africa, and a European parliamentary group; and book chapters including in Tax, Inequality, and Human Rights (edited by Philip Alston and Nikki Reisch). Recent refereeing duties include Development Policy Review and Global Policy.